At the APERF Trustee Board Meeting in December 2019, Dr Shan Bergin was elected as the new Chair of APERF, taking over from Professor Karl Landorf. Shan was recently interviewed by Stride for Podiatry magazine about her plans for APERF.

Tell us about your background?

I’ve been a podiatrist for almost 30 years, working exclusively in high-risk
foot and wound care. I also have a PhD in health services research and I’m still active in research. My particular research interests these days are focussed on chronic disease (including diabetes-related foot disease) and how the social determinants of health impact people’s ability to achieve their best overall health – and really what that looks like for each individual. I have also worked in non-podiatry roles over the years; in areas such as quality and risk, education and non-clinical executive roles. I am currently working at La Trobe University in Melbourne.

How did you become involved in APERF?

I was invited several years ago to consider joining the Board of Trustees
for APERF as they were looking to increase the number of trustees, as well
as diversify the skillset around the table. I was a little intimidated at first and very unsure of whether I would fit in and be ‘smart’ enough. Regardless of who has been around the table, however, I’ve always been made to feel very welcome and have never been made to feel like my opinion doesn’t count.

What are you most excited about, in stepping into the role of APERF’s Chair?

I’m really just excited to be able to continue to be a part of APERF in general. I feel like APERF has evolved a little more each year, across the period when I have been a member of the Board. So I’m looking forward to (hopefully!) seeing this continue to happen. Working with the other trustees, who have such a diverse range of life and career experiences, is not only one of my favourite things to do, it’s also a great learning opportunity. Every time we meet I learn something about a particular area of podiatry; whether it’s something to do with research, or education that I didn’t know before. I love that process, and always look forward to it.

What are some highlights of Karl’s role that you would like to
build upon?

Karl has introduced a very streamlined approach to what we do, which we have all benefited from. I feel like we work with a bit more sophistication these days (although it doesn’t always look like it!). This has helped to enhance APERF’s reputation within the industry. Karl has also been a great spokesperson for APERF in general; as someone who is well-liked and well respected. He has been able to create a more transparent APERF, which made an enormous difference in helping the profession and industry to understand how we make decisions – and where and why money is awarded. I hope that I can continue to do this, as we need good relationships across the podiatry community in order to make this all work.

Which areas are you keen to develop through your appointment?

I’m keen to ensure we keep a diverse and representative Board of Trustees around the table. This is important as I believe it attracts more diverse and innovative funding applications. I’m also keen to build on the relationships that Karl has established, especially across each state and with individuals like Nello, who has been a great supporter of APERF. Without such strong and collaborative relationships, it’s hard for groups such as APERF to grow – and to achieve their end goal, which is to advance podiatry in all ways possible. 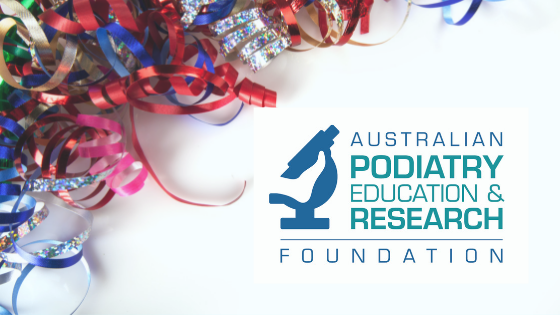 APERF featured on the APodA podcast

APERF's aim is to advance podiatry research in Australia -... 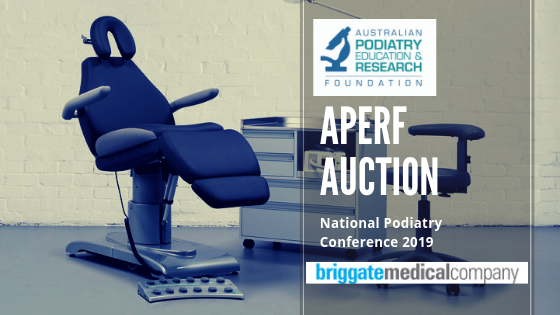 Auction in support of APERF